Blanche Ames in her wedding dress, 1900. 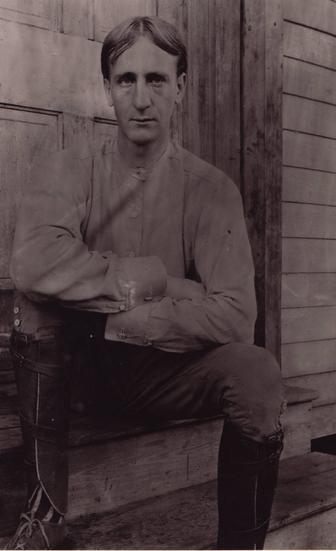 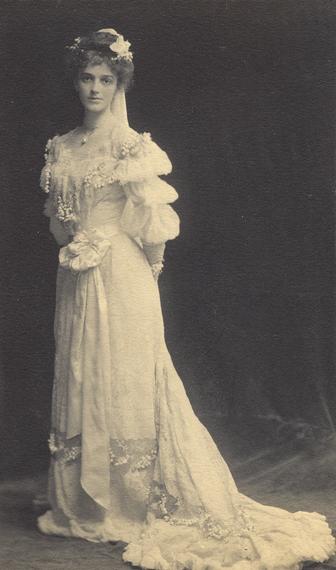 Oakes Ames (1874-1950), graduated from Harvard in 1898 with a degree in botany.  In 1900 he married Blanche Ames (1878-1969), a recent graduate from Smith College.  Though they were not related, they both came from prosperous and politically prominent Massachusetts families.  They began to buy up old farms on the border of Sharon and Easton; the latter town was home to many of Oakes’ relatives who lived in grand estates built largely with the proceeds from the families thriving shovel company.

After their marriage, Oakes and Blanche lived with Oakes widowed mother, Anna C. Ames, in her North Easton Mansion.  By 1906, Oakes and Blanche moved into the newly renovated Tisdale farm house on Mountain street in Sharon (foundation of this house is still there), and made this their first home.  Oakes’ growing collection of books and specimens and Blanche’s detailed illustrations of his research findings, along with her paintings made them eager for more space and a house that would be as fireproof as possible.

They began by hiring a Boston architect, they soon found themselves dissatisfied.   Blanche, a talented artist and illustrator with an enterprising and strong independent spirit, took over designing the house.  The style is reminiscent of an old-fashion English “manor house” but with several notable innovations: the house was one of the first in the area to have an automobile garage with chauffeur’s quarters above and electricity throughout the house.

In 1910 the construction of their mansion began, and the 22,212 square foot mansion completed in 1912.  By the time of completions, Oakes and Blanche had four children: Pauline, Oliver, Amyas and Evelyn.

The mansion at Borderland stayed in the family until Blanche Ames died in 1969, at the age of 91.  When the Commonwealth acquired the 1250-acre estate in 1971, the Ames family donated most of the contents you can see inside the mansion.

While the family owned other houses in Boston, Gloucester and one in Florida, they spent a majority of their time at Borderland.