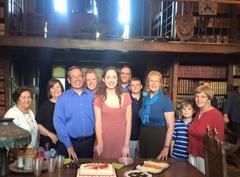 Awarded to a graduating high school senior from Foxboro, Sharon, Easton or Mansfield.  The goal of this award is to honor the memory of Mr. William ( Bill ) O. Hocking, Jr. who was an involved and passionate advocate for the Park and local resources. Bill served as a member of the Citizens Advisory Council for the Park to the State for nearly 40 years since the Park’s creation in 1972 often as the Council’s chairperson. He was a dedicated volunteer, avid outdoorsman, naturalist, mentor, aspiring geologist and mushroom enthusiast, who could often be found “playing” outdoors.